Prof. Peter Gluckman: Trust in science in a world of disinformation is a matter we need to give greater consideration.

Science has always been considered a field that benefits society. Understanding the science mission to society is very important in the 21st century when civilization faces many global challenges, whether they are caused by the climate changes and environmental issues in general, or by the rapid development of technology, or by problems related to human health, the society being always waiting for solutions. The pandemic has shown us that science can be a lifeline. These issues, as well as other issues of global interest, we set out to discuss today with Professor Peter Gluckman, President of the International Science Council (ISC), an organization that aims to promote the creativity, rigor and relevance of science worldwide. Professor Peter Gluckman is the second president of this relatively young institution, but which in a short time has managed to bring together more than 200 international scientific unions and associations, regional and national scientific organizations, including academies and research councils. Speaking in numbers, this would mean 142 Academies and Research Councils, 40 scientific unions and associations, 42 affiliated members, etc. Note that the Academy of Sciences of Moldova is also a member of the International Science Council.

Professor Peter Gluckman is an internationally recognized pediatrician, biomedical scientist and science policy expert. From 2009 to 2018 he was first Chief Scientific Adviser to the Prime Minister of New Zealand, and from 2014-2021 he was the Founding President of the International Network of Government Science Advice (INGSA). Between 2013 and 2021, Professor Peter Gluckman co-chaired the World Health Organization Commission on ending childhood obesity. He has published over 700 scientific papers on perinatal and developmental physiology, neuroscience and endocrinology, evolutionary biology and medicine. The publications of Professor Peter Gluckman have accumulated over 50,000 citations (Hirsch index h = 110). He has been honored with the highest scientific and civilian awards in New Zealand and numerous international science awards. In 2016 he received the AAAS award in Science Diplomacy. He is a Fellow of the Royal Society of London and the Royal Society of New Zealand, a member of the National Academy of Medicine (USA) and a fellow of the Academy of Medical Sciences (UK).

Dear Professor Peter Gluckman, we are honored by the opportunity to give us an interview which is warmly awaited by the scientific community of the Republic of Moldova. Recently, on October 15, 2021, you were elected President of the International Science Council for a three-year term. You have taken over the leadership of the Council at a turning point for all mankind, generated by the coronavirus pandemic. You started your term with many challenges, with many responsibilities, but in spite of them, you entered the mandate with a firm voice and position that will focus on strengthening international cooperation and supporting scientists who contribute to solving urgent human problems. What exactly have you started your term with as President of the ISC, what are the priorities on your agenda.

Obviously, the tragedy of Ukraine has emerged since you sent me these questions. It is an appalling situation and the ISC is assisting where it can in issues of refugee scientists. It is also working with other internal science bodies to ensure that science itself is not compromised. I applaud the efforts of Moldova to support refugees. Let us hope that the inhumanity of the last few weeks ends soon.

As I indicated in my address to the General Assembly, the ISC has a core mission of advancing science as a global public good and of being the global voice of the science community. To do that well, we must enhance our profile both with multilateral agencies and with the science community itself. It also means delivering on the action plan. While establishing the new board without having yet been able to meet in person (as we cannot meet in person until June) and while appointing a new CEO is a challenge, the team is making remarkable progress. The board has established subcommittees to accelerate progress. We have established the Global Commission on Science Missions for Sustainability with a very distinguished board and a technical group, and the major report on the policy lessons from Covid will be released on May 17. We are in discussions with multiple UN agencies on a stronger relationship, and we are starting on a drive to fill gaps in our membership.

By being elected President of the ISC, in your inaugural address, you emphasized that the global challenges facing today's societies require a unified global voice for science. There is a need for a strong presence in all regions of the world of a consolidated voice, generated by both active scientists and managers involved in research-policy making. In the context of the challenges of the 21st century, how strong and credible will be that voice?

It will be as strong as we, as a collective community, work together. Much of our strategy at the ISC is to ensure that we can act as the voice of science and that we can effectively communicate into the global policy community and assist our members to do so in their own countries and contexts. We are looking at ways to build member’s capacities in areas such as science advice. Our action plan is evolved from that of the previous board and focuses on core issues. Our affiliate bodies and ISC are working closely on areas of human development, and sustainability. Our Committee on Freedom and Responsibility in Science is looking at many issues, as the nature of science is changing. Trust in science in a world of disinformation is a matter we need to give greater consideration. Even before the war in Ukraine broke out, I had initiated a group to look at how we may enhance our science diplomacy role – a role that may be critical in the coming years. A stronger ISC is clearly essential given the challenges ahead, where science has much to contribute in every domain of environmental, social, human and economic development.

The digital age offers us a variety of opportunities for the electronic dissemination of any information. In this context, we would like to address one of the problems of modern science, namely that of Open Science. What is your opinion on Open Science, considering that on the one hand, we treat science as a global public good, and on the other hand, the voice of science is not heard in all corners of the world? Science can and must make a difference in ensuring a better world.

ISC has been every active on the issue of open science, it worked closely with UNESCO on their declaration and the report “Science as Global Public Good”, developed by the ISC, should be read by every member of the science community. Working with our affiliate member INGSA, we are committed to strengthening the interaction between science and policy making at every level. We are currently working on several actions that will engage our members.

Also in the context of the challenges of the 21st Century, the United Nations has declared 2022 the International Year of Basic Sciences for Sustainable Development. The Academy of Sciences of Moldova has created, in this connection, a scientific communication platform in the field of basic sciences. What agenda has the International Science Council drawn up to mark this year, to highlight the importance of basic science?

The ISC was delighted to support the initiative, galvanising our members to join the campaign for the international year. At the moment, we're promoting the official opening of the year at UNESCO on 8 July, and we hope to work closely with both members and the organisers to celebrate the importance of basic sciences in finding solutions to some of today's most complex problems facing humanity.

Over the last years, science has become crucial to many of the challenges we face, particularly to the Covid-19 pandemic. In summary, what will be the actions of the ISC in this context, being aware that you have had the role of chairman of the monitoring panel for the ongoing ISC project on the scenarios of the Covid-19 pandemic?

This will be released as a major report on 17 May. The report will say much about the implications of the pandemic, the lessons to be learnt and necessary policy actions, not only in the health domain, but across all aspects of national and global policy.

And the last question. If you have ever been to the Republic of Moldova and if you were curious to visit our country and the Academy of Sciences of Moldova?

When the world returns to sanity, it is a country I would love to visit. Three of my grandparents came from Eastern Europe. I am devastated to see Ukraine invaded. The implications for all the peace-loving nations of Eastern Europe are most concerning. We must strive for peace, and to rebuild and repair nations post-conflict, in both their physical sense and by strengthening their science systems. 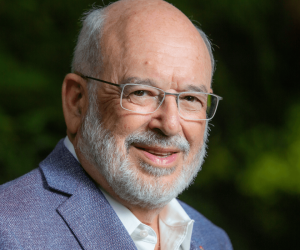