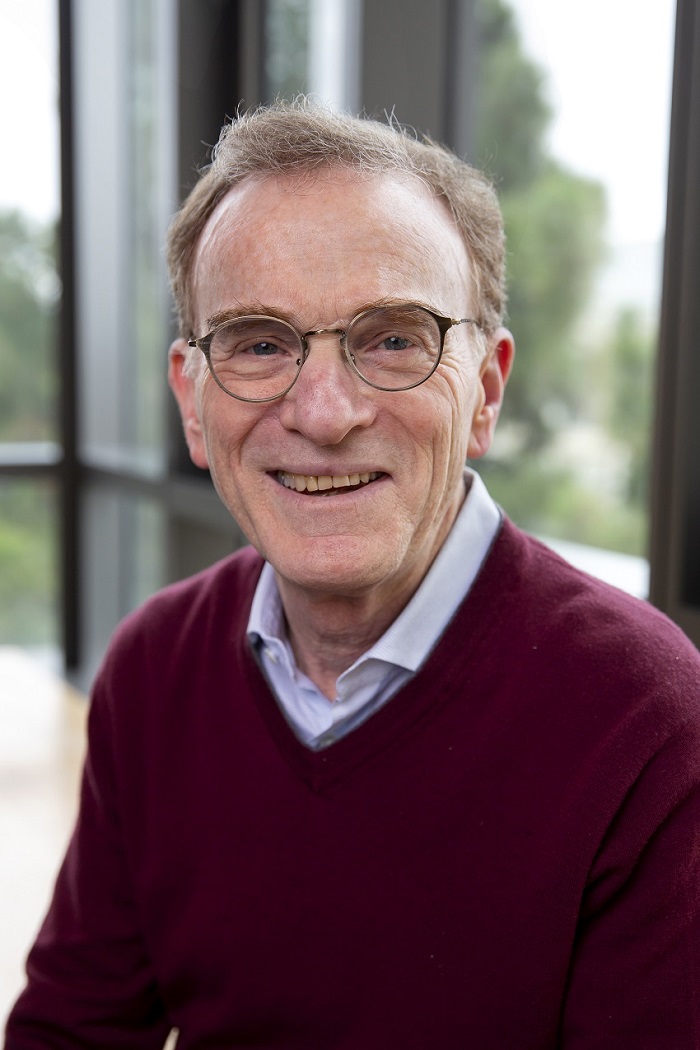 Eugenia TOFAN, Press service of the Academy of Sciences of Moldova

One can say that the Nobel Laureate in medicine (2013) Professor Randy Schekman, a world- famous US scientist, visited, although through the virtual space, Republic of Moldova – the country where he has roots on the line of grandparents, who emigrated nearly a century ago from Lipcani to the USA, and the country, which he was going to visit in June this year, to present a public lecture at the Academy of Sciences of Moldova, but also to step on the land of his ancestors. The respective visit, as the renowned American scientist stated, would have been the first visit of a family member in almost 100 years. The coronavirus pandemic ended this dream, the visit being postponed for another and another month, but, as the specialists warn us, maybe for another year.

One way or another, the overseas professor, starting with April of this year, managed to make itself known to the public space of the Republic of Moldova, scientific community and Academy of Sciences, the country's intellectual elite, through four premieres. Even though, we spent more time locked up in houses, in April, the academic environment met the famous scientist Randy Schekman in an exclusive interview, realized by Eugenia Tofan, the representative of the ASM Press Service.

Another premiere, but also a surprise for the autochthonous scientific community, was the participation, in a video format, of the Professor Randy Schekman, at the online Symposium, entitled ,,COVID-19 Pandemic: Scientific Support or What We Need to Know About SARS-CoV-2 and Pandemic”. The scientist made a comparison of the new type of coronavirus with the human immunodeficiency virus, elucidating the existence of common aspects, but also those that make it different.

The online public lecture, of Prof. Randy Schekman, with the generic “The importance of basic research in medical discovery”, on the day of Academy of Sciences of Moldova, was also an absolute premiere for the scientific environment of the Republic of Moldova. The California researcher revealed to the Moldovan scientific community the theme of the research that brought him fame, winning the Nobel Prize in Medicine. He addressed the specific features of the new type of coronavirus in the context of the prospects for the development of effective vaccines to overcome the global COVID-19 pandemic. Prof. Schekman also referred to Parkinson's disease, which increasingly threatens civilization, and to his involvement in an international effort focused on fundamental research of the respective disease.

The scientist from the USA, participated for the first time, in a TV show from the Republic of Moldova / Romania, online, together with notorious personalities of  Moldovan science, - acad. Ion Tighineanu, president of the Academy of Sciences of Moldova and prof. Emil Ceban, rector of the State University of Medicine and Pharmacy „N. Testemitanu ". The show was dedicated to the sad world event, the coronavirus pandemic, which affected people all over the planet.

I am delighted to visit Moldova because my mother’s parents came from a small village, Lipcani, in the northwest tip of the country very close to the border with Ukraine. As I mentioned in my Nobel biography my grandfather was a tailor in the Romanian Army and he and my grandmother entered a lottery to emigrate to the US in 1927. They left behind family, at least some of whom emigrated to Israel.  After receiving the invitation to visit Moldova, I was in contact with family members about the trip and I learned that my great grandparents were buried in a Jewish cemetery in the mid 1920’s. I have also learned that the remnants of that cemetery are still visible in Lipcani so I plan to visit which will represent the first return of any family member for almost 100 years.

Of course, I hope to see more of the country and to share my enthusiasm for basic scientific research with scholars and students with whom I will visit on my trip.

My lecture to the Academy will feature reasons why basic scientific research is so important in medical advances. I will highlight the recent excitement with the techniques of genome editing which arose from very basic studies on how bacteria and their viruses evolve with each other and how bacteria developed a primitive adaptive immune system to fight their own viruses.  Next, I will talk about how my own research on how cells export protein molecules and how a basic understanding of that process in a simple organism, Baker’s yeast, led to the industrial scale production of clinically important vaccines and proteins.

As I said above, I consider basic research to be of fundamental importance in the advance of medicine. Even now, as we face the greatest public health crisis of the past century, our effort to contain and defeat the new coronavirus will rely on understanding the viral genome, the proteins encoded by that genome and how the viral surface proteins are recognized at a molecular level by our immune system.  Going forward, as we face the inevitable reemergence of a new coronavirus

variant, we will have to discover novel chemical compounds that interfere in highly selective ways with the enzymes that allow the virus to reproduce.  We will need to evaluate how the virus evolves by studying changes in the genome as it mutates to adapt to new environments including how the virus may move back and forth between animals and humans.  It seems almost certain that the new coronavirus jumped from an animal to a human at the outset of this pandemic, just as is believed to have occurred when the SARS and MERS epidemics emerged 10-20 years ago.

I was trained as a graduate student by one of the great biochemists of the 20th century, Arthur Kornberg at Stanford University.  From Kornberg I learned how to take a biological process apart step by step.  His precision, focus and clarity of thought influenced my selection of a biological process, protein export, to explore for my independent research career.  When I began my work at the University of California, Berkeley, I decided to use Baker’s yeast as an experimental organism with which to study protein secretion.  Yeast had emerged as a simple model organism to study processes that operate in eukaryotic cells (cells that house chromosomes in a nucleus). The advantages of a simple genetic approach and the large-scale possibilities for biochemical investigation appealed to me given my interests in understanding the processes of membrane assembly and vesicular traffic at a molecular level.  After discovering the genes and proteins that operate this process in yeast, we were gratified to earn that the same genes and proteins operate the secretion pathway in human cells.  Thus, this essential pathway has been conserved over 2 billion years of evolution.  As a result, it became possible to use yeast cells to manufacture and secrete human proteins, such as insulin, on a commercially viable scale to treat diseases such as diabetes.

There is no one path to success in research.  Scientists are just as different as people in diverse areas of human endeavor. Skills that work for one person may not fit the personality of other individuals. For me, I found that unwavering focus, hard, sometimes obsessive work habits, and an openness to new ideas, approaches and respect for other opinions, particularly from students, was most consistent with my own personality.

Science can and should be used to guide public policy on such urgent matters as global health, food supply, energy, education and climate. It is crucial that scientific literacy be developed in school and that the public be well-informed with facts and not misleading rumor and distortions. The threat of political leaders directed by misinformation and personal ambition can defeat even the best that science information has to offer. And equally important, mankind has an intrinsic thirst for knowledge of the universe and our place in it.  The quest for that knowledge is one of the highest aspirations of mankind and distinguishes us as human beings.

I remain quite interested in the process of membrane assembly and vesicular traffic, although my research is now focused on human cells.  Our particular interest is in the secretion of vesicles that carry RNA, so-called exosomes. These vesicular carriers may deliver RNA to target cells to influence growth and differentiation processes and may play a role in diseases such as metastatic cancer. I have also become involved in an effort to organize an international consortium of investigators focused on basic research approaches to Parkinson’s Disease (https://parkinsonsroadmap.org/).

Aside from the many logistical errors that have made coping with the COVID-19 pandemic especially challenging, our greatest mistake may have been in not anticipating the emergence of yet another deadly coronavirus.  Beginning with SARS 18 years ago and MERS 8 years ago, we should have mounted a public-private effort to attack the virus at its core.  Coronaviruses have occupied considerable attention in the basic research community, and much has been published on the virus life cycle and replication since the days of SARS and MERS.  Mechanistic studies on virus reproduction are the necessary prelude to disease intervention.  However, these epidemics subsided too quickly to have justified an investment by the pharmaceutical industry in the discovery and marketing of drugs, an effort that consumes billions of $ for each successful application.  In the absence of new medicines, drugs developed for other viral infections are being investigated or repurposed for SARS-CoV-2, but the results are mixed.  Two such drugs have been considered: one that targets Ebola is in late-stage clinical trials and the other developed for HIV has already proven ineffective.  Other drugs used to treat malaria (caused by a parasitic microorganism not a virus), chloroquine and hydroxychloroquine, have yielded equivocal results for COVID-19.  Regrettably, no drug has been available to stem the tide of the first wave of the COVID pandemic.

If all goes well, we will have a reasonable SARS-CoV-2 vaccine sometime next year.  Patients who recovered from the SARS epidemic in 2008 retained immunity for only a season or two; thus, a vaccine may have to be delivered as regularly as the annual flu shot.  Natural evolution of the surface antigens on viruses, such as flu and HIV, makes it difficult to anticipate a vaccine candidate.  Likewise, for SARS-CoV-2, we have yet to produce a vaccine that works on a variety of coronavirus variants.  In contrast, the core machinery that a virus’ genome encodes is less flexible to random mutation and therefore more amenable to targeted chemical attack in the form of drugs that work to block functions essential for virus reproduction.  This is the difficult lesson but triumph of our successful approach to HIV therapy and that example must now guide our efforts to master the present and future versions of the coronavirus.  This effort must be sustained even if a successful vaccine for SARS-CoV-2 is developed. 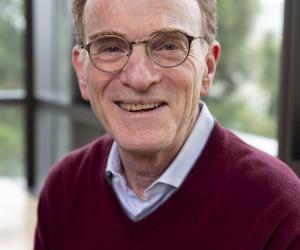