Discovery: The phenomenon of tunneling splitting of energy levels of polyatomic systems in the state of electronic degeneracy (Author: Academician, Professor Isaac Bersuker)

In the context of the proclamation by the United Nations of the year 2022 as the International Year of Fundamental Sciences, and the creation within the Academy of Sciences of Moldova of the scientific platform for communication in the field of fundamental sciences "Fundamental sciences for sustainable development of society", it is important to highlight the best discoveries of researchers from the Republic of Moldova made over the years, which continue to lead to the development of areas of basic research and practical applications.

On April 17, 1976, the scientific discovery of academician Isaac Bersuker with the title: “The phenomenon of tunneling splitting of energy levels of polyatomic systems in the state of electronic degeneracy” was registered in the State Register of the USSR (Diploma No. 202). The priority of this discovery was assigned as of September 12, 1960, in accordance with the date of the authors’ submission of the article "Hindered motions in transition metal complexes", to the journal Optics and Spectroscopy; (published in the no. 3 of vol. XI, in 1961).

According to the discovery claim, a new phenomenon was revealed, the splitting of the energy levels of polyatomic systems in degenerate or quasi-degenerate electronic states, which is caused by tunneling transitions between their equivalent distorted configurations, formed by the electron-vibration (vibronic) interactions, presently known as the Jahn-Teller effect; the tunneling splitting is thus a part of the latter.

The scientific importance of the discovery lies in its significant contribution to the understanding of the structure of polyatomic systems and the origin of optical, magnetic, electrical, thermodynamic and chemical properties. Based on the discovery, a series of new effects in spectroscopy, electron paramagnetic resonance, and crystal chemistry were predicted and confirmed experimentally. A new trend has been developed in the micro-theory of ferroelectricity, called the vibronic theory.

The practical importance of the discovery lies in the possibility of using the new discovered structural features and phenomena for obtaining novel materials with desired properties, revealing the mechanisms of physical, chemical and biological processes, and developing ways to control them. Tunneling states in materials can be used directly to create new types of masers. The vibronic theory of ferroelectricity is used for search of new ferroelectric and multiferroic materials. It reveals also orientational polarization of solids leading to giant permittivity and enhanced flexoelectricity, which is a relatively new field of condensed matter physics and nanophysics with a huge potential for practical applications. The flexoelectricity is a higher-order effect than piezoelectricity and may become particularly pronounced in nanostructures, which opens up new opportunities for application in the field of nanomaterials, nanotechnologies, nanomechanics, nanoelectronics and nano-optoelectronics. The effects of ferroelectricity and multiferroicity give novel properties to solids, provide methods of orientational polarization and planarization of two-dimensional systems, modification of crystal sublattices, and play a defining role in electronics, spintronics and other application

This discovery, related to the Jahn-Teller pseudo-effect, explains the origin of several recently observed phenomena and effects, such as the main ferroelectric properties of perovskite crystals widely used in practice, the origin of polar nanoregions in the paraelectric phases, which remained unclear despite intense research over the last 60 years, the photo-induced reactivity and the photochemical reactions, which take place via intermediate excited states with high chemical reactivity due to the so-called sudden polarization and zwitterion formation. Knowledge of these mechanisms allows one to better understand, rationalize, predict, and manipulate photochemical processes in chemistry and biology. 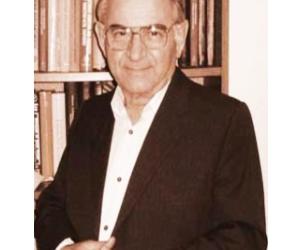